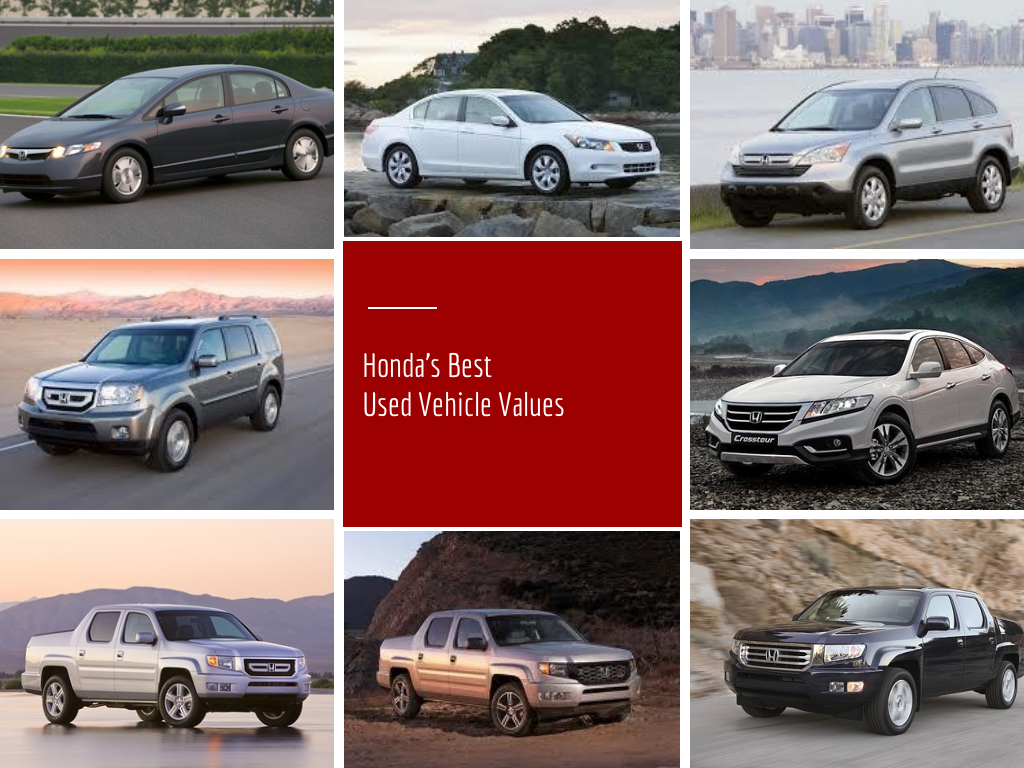 When you are buying a new car, a used vehicle can be one of the best values you will find. With a much lower price tag, finding a used car with relatively low mileage, modern safety and convenience features can be a task and a half. Unless you’re looking at a Honda.

Consumer Reports scoured the used car options and compiled a list of the best deals when it comes to 2009-2013 vehicles in different categories. They focused on the models that show the most depreciation from their original retail price and current value but still met Consumer Reports’ criteria to be “Recommended.” That means despite the depreciation, you are still looking at reliable vehicles that good performance in their tests and average or above average safety scores.

And guess what? Honda has made the list…more than once.