Henley Honda | Community | Where Will the Honda Indy be Held Next Year?

Where Will the Honda Indy be Held Next Year? 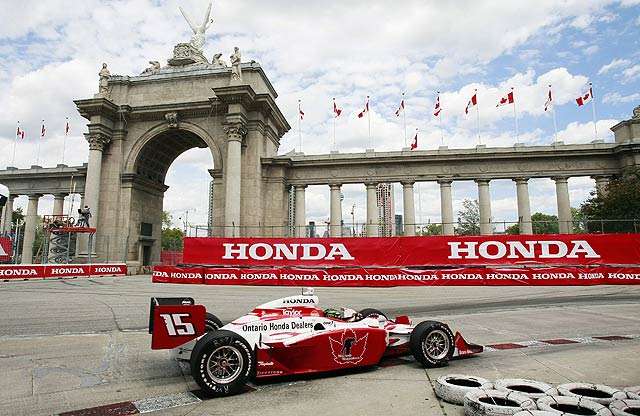 With the 2014 race fresh under our belts, plans are already underway for 2015 – but it isn’t all smooth sailing (or driving) as of yet.  The Pan-Am games are coming to Toronto next summer, and will be running throughout July, thus not allowing for the Indy to be run there at the same time (which is always mid-July). It would also be difficult to move the race to a different week, as the Indy circuit schedule is usually packed with about 18 events throughout the summer.

The race’s owners, Savoree-Green Promotions of Indianapolis and representatives of Canadian Tire Motorsport Park announced Friday that although no decision has been reached, they have discussed moving the race from downtown Toronto to the Motorsport Park near Bowmanville, ON.

In a statement last Friday, Charlie Johnstone, president of the Honda Indy Toronto, said the Pan-Am Games “have forced us to consider alternative dates and venues for next year’s race” and that an announcement would be made shortly.

Canadian IndyCar icon Alex Tagliani of Montreal, was reached this weekend and has backed the idea of moving the event to the track near Bowmanville. In a statement, he said “I think that in order to host an IndyCar race, with the demands on safety that would be required, it would be nothing but beneficial for Canadian motorsport generally. Then after that happened, even if the IndyCar race wanted to go back to Toronto, there would be a track capable of holding any motorsport event in the world.”

While it would be a shame for the Honda Indy to leave downtown Toronto, where it has been since 1986, sometimes change is a good thing.  The coming weeks will be crucial in determining if there’s time to retrofit the Motorsport Park, or if the Honda Indy will have to be moved elsewhere.