An Amazing April 2016 for Honda Canada 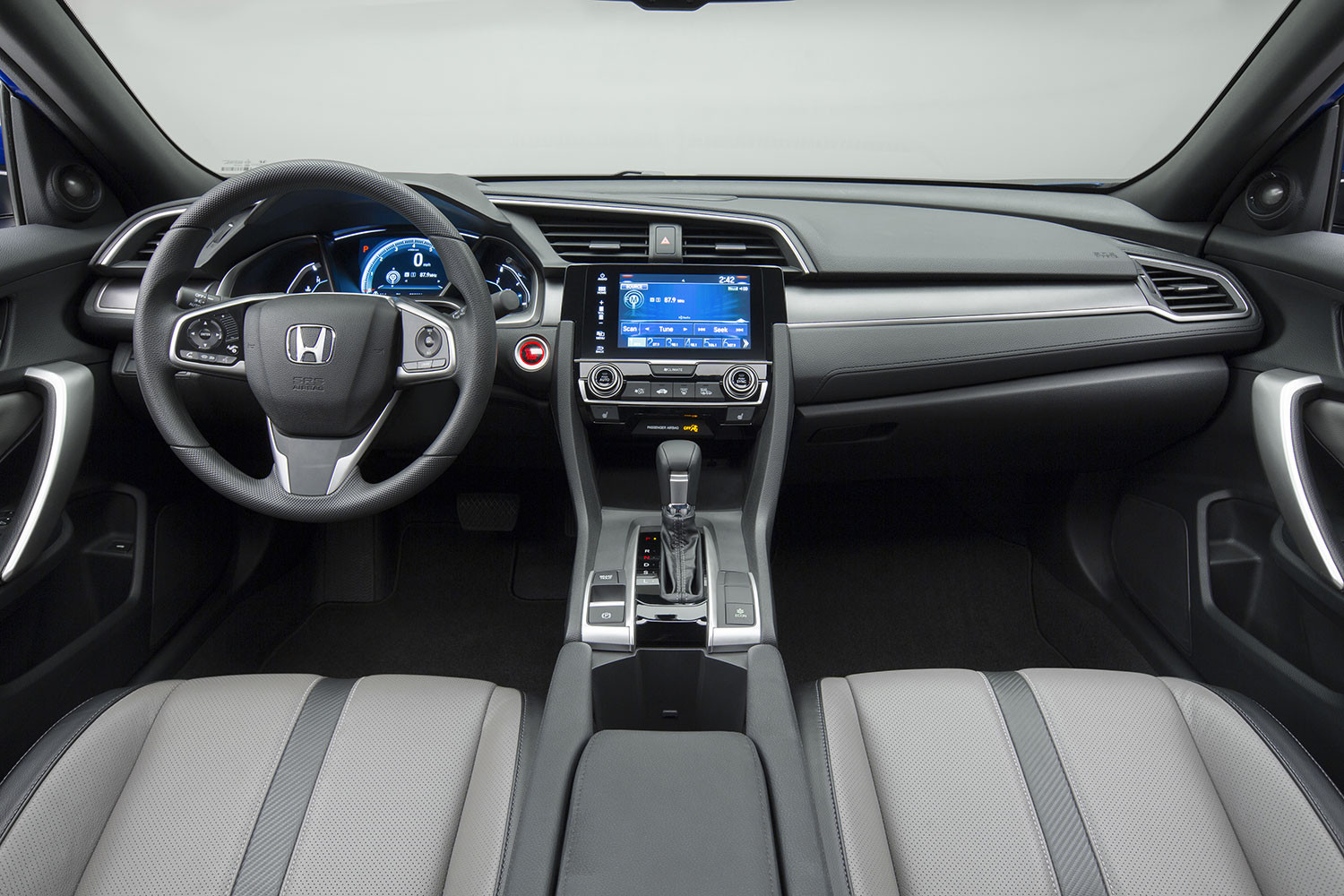 It seems like every month now we are talking about sales growth for Honda Canada, and today is no different. Honda Canada reported an increase of 7% in April of this year, with sales of 15,700 units. This is an increase of 9% over their 2015 count.

The newest car to the Civic lineup, the Honda Civic Coupe, lead the charge in April for Honda Canada. Also, for the twelfth time in thirteen months, the Honda Pilot broke it’s own monthly sales record. The CR-V also continued to be a popular commodity across the country,  with its best-ever April sales number at 4,101 as compared to 3,883 last April. The launch of the 2017 Honda Ridgeline this summer should give Honda Canada an even bigger push this year!

The numbers for April are shown in the table below: 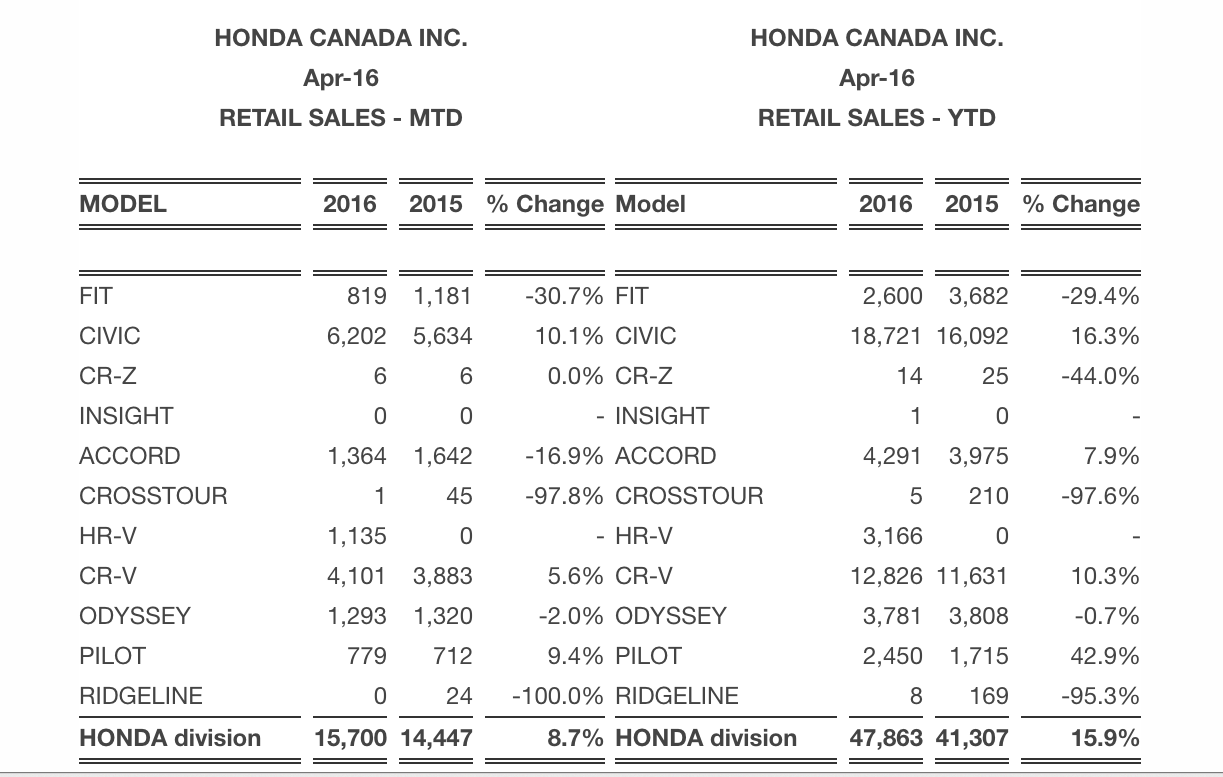 When asked about the continued success in 2016, Senior Vice President of Operations at Honda Canada Inc., Dave Gardner, had the following to say;

“As forecast, the Honda Civic coupe, the latest addition to Honda’s expansive and sporty new Civic lineup, boosted April sales. The Honda Pilot sales broke a monthly record for the twelfth time in thirteen months, proving Pilot’s versatility and packaging is a force to be reckoned with. With the launch of the completely redesigned 2017 Ridgeline this summer and the continued success of the CR-V and Pilot, the Honda truck lineup will serve to greatly satisfy a wide range of Canadian truck buyers.”