What People are Saying about the 2017 Honda Civic Hatchback 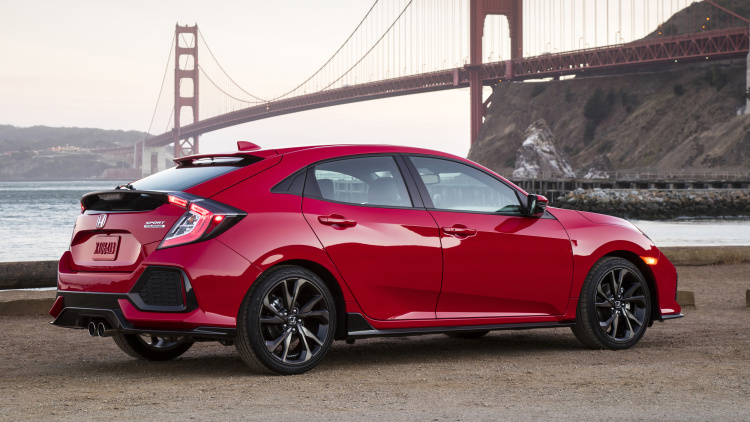 A few months ago, we were thrilled to announce that Honda was bring back the Civic hatchback. And you were just as excited as we were! You hadn’t seen a 5-Door Honda Civic since the 2002-2005 Civic Si, and now it’s back!

The reviews are in and they are raving about the 5 trim lines that are available now (LX, Sport, EX, EX-L Navi, and Sport Touring) and the wait is on for the upcoming Civic Si!

Here’s what the critics had to say about the all-new 2017 Honda Civic Hatchback:

“Honda’s playful Civic hatch makes it one of the most fun entries in the compact segment.”

“Overall, the Civic hatch is one of the best-handling cars in this hotly contested segment. Well-equipped and comfortable, it should appeal to the buyer who needs a hatch’s versatility, while at the same time finds its premium sportiness appealing.”

The Globe and Mail says:

“2017 Honda Civic hatchback is the most useful Civic yet.”

“…against a comparably equipped sedan, the hatch is the smarter purchase. If you’re moving, taking a road trip, or bringing home Swedish flat-pack furniture, the cavernous trunk of the five-door will be worth its cubic-feet in gold.”

“It’s a classy cabin for a compact car. The materials feel good, and the layout is clean.”

— Matt Bubbers, The Globe and Mail

“For cars as efficient as they are, the engines deliver a modestly powerful punch, and the overall driving dynamics of the Civic are spirited.”

“If practicality and fuel economy still take precedence but you’d like to mix in some back-road giggles, the Civic hatchback offers a solid deal.”